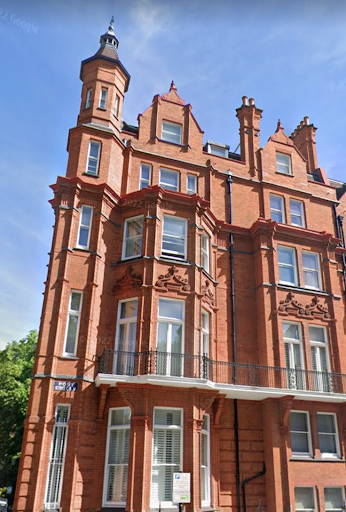 “Give a girl an education, and introduce her properly into the world, and ten to one but she has the means of settling well, without farther expense to anybody.”

The education of young ladies of the ton in Regency England was vastly different than our modern take on education. As Jane Austen indicates in the quote above, the aim at educating young ladies, was to provide a way for these young women to elevate themselves in society. The goal in sending their daughters to school was to better prepare them to be married off so they would not become a lifelong burden to their parents. Consequently, these schools sought to teach ladies only the things they needed to know to attract a suitable husband and elevate their social status. Nothing more. But there may have been an exception to the rule.

Adelaide and Julianna met at a school which Julianna refers to as “Mrs. R’s school,” meaning Mrs. Rowden. This is not a fictional school but was an actual school for ladies during the Regency Era, though the school was owned by a man by the name of Dominique de Saint-Quentin.

St. Quentin was from France and came to England to take a position as a French master at the Abbey School in Reading, a school for ladies, which interestingly was also once attended by Jane Austen and her sister Clarissa. This original school was not of an academic bent whatsoever, but St. Quentin brought some prestige when he joined the staff. Eventually St. Quentin acquired the school from the previous owner and moved it to 22 Hans Place in London.

In 1790, a former governess known as Mrs. Rowden (though she had never been married,) joined the staff. This new version of the school became a vastly different institution. It taught the young ladies who attended there history, geography, science, Italian, arts, literature, and more. Mrs. Rowden headed the efforts to teach the pupils in literature, poetry, drama, and art and was even a published author. She was also known to have provided her pupils with extracurricular educational experiences, such as attending the opera, lectures, museums etc., and encouraging them to read elevated literature usually reserved for male students. In comparison to other Regency era ladies’ schools, the pupils at 22 Hans Place received a very well-rounded education.

Mrs. Rowden became a fixture in the school and in 1809 she was fully managing the entire school.

Eventually, after St. Quentin’s first wife passed away, Mrs. Rowden, until then a single woman, married her employer.

Mrs. R had a profound impact on the girls who attended her school. Many of her former pupils such as Lady Caroline Lamb, Letitia Elizabeth Landon, and Mary Russell Mitford became poets, actors, playwrights, and authors. Because of this, the school was thereafter affectionately referred to by her pupils as Mrs. Rowden’s school. 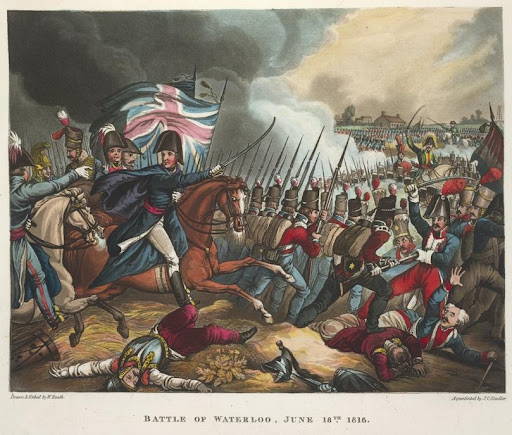 Napoleon Bonaparte rose in prominence in the French military through his many victories during the French Revolutionary Wars. He became the leader of France in 1799 following the end of the French Revolution, and its Emperor in 1804 when he created an imperial system of succession. During this time of war and Napoleon’s rule, his aim was to expand the French Empire and to establish France as a superior economic and military power in Europe.

Napoleon Bonaparte was a very skilled military strategist that aided in expanding his empire. However, an unsuccessful campaign in 1812 in Russia was the beginning of the end of Napoleon’s rule. In October 1813, after having to retreat from Russia without a victory, the French army was defeated at the Battle of Leipzig in Germany and the French army was forced to return to France. Eventually in March 1814 the Coalition Forces were able to advance in Paris and defeat a weakened French army and in April 1814 Napoleon abdicated his rule as Emperor and was exiled to the island of Elba.

Napoleon spent 10 months on Elba, until he was able to escape aboard a French navy vessel. Being the brilliant military strategist he is, Napoleon painted the vessel to look like a British ship, loaded it with those who were loyal to him and sailed away from his imprisonment. On 28 February 1815 he and his men landed in France and made their way North towards Paris. Napoleon arrived in Paris on 20 March 1815 and by June he had amassed an army of 200,000 that he then utilized against the growing British and Prussian forces that were hurriedly mobilizing to end Napoleon’s reign.

Napoleon only governed this second time for a period of one hundred days, which came to an end at the Battle of Waterloo. This battle, which took place in modern day Belgium, was fought on 18 June 1815 between the French army under the command of Napoleon and two Coalition armies. One of the coalition forces was Prussian and was led by Field Marshal von Blucher, the other was made up of units from the United Kingdom, the Netherlands, Hanover, Brunswick, and Hanover and was led by British commander the Duke of Wellington. As the Duke of Wellington’s troops endured repeated attacks from the French army, Blucher’s army attacked on the French’s right flank, ultimately broke through and together they defeated them. Napoleon abdicated his rule, for the second time, on 24 June 1815. 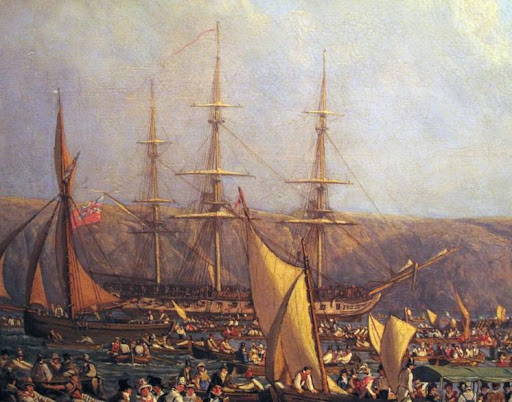 Despite Napoleon being the enemy of the British Army for a decade and a half, he was quite popular with some of England’s citizens. Many who sided with the Whig party were supporters of Napoleon, because they did not believe in absolute monarchies and did not want the Bourbons restored to power in France. Many of these individuals were landed aristocracy, which garnered them increased political power and influence. Another notable sympathizer of Napoleon’s was the poet, Lord Byron. Byron was a very well-known poet of his time and wrote poems about Napoleon and his heroic efforts. Other writers and public figures were also supporters, creating a buzz around this intriguing ruler from France. So much so, that when the British brought Napoleon to Britain, for the two weeks that the ship he was sequestered on was anchored in the Plymouth sound, crowds of people would gather on the shore and in boats to see if they could get a view of him. Napoleon would make sure he took a walk on deck every evening so he could wave to his admirers.

Parlor Boarder: students at a school who paid more in tuition for a room of their own and meals

Marriage Mart: specifically, a nickname for Almack’s Assembly Rooms, as a place for young men and women to meet one another during the season. Generally, it was used to reference the season’s overall intentions of matching up young women with proper husbands.

Presented to the Queen: An annual ball was held in celebration of Queen Charlotte’s birthday. At the first ball, debutantes curtsied to the queen as she stood next to her birthday cake. This started the tradition of the noble and gentry presenting their young women to the queen at the annual ball, allowing them to then partake in the festivities of the season. This tradition continued until the mid-20th century.

An Express: mail that was sent directly from the sender to the receiver, without having to stop at the post offices to sort mail, allowing it to arrive quicker

Gold Sovereign: a gold coin introduced into circulation in 1817, worth a pound