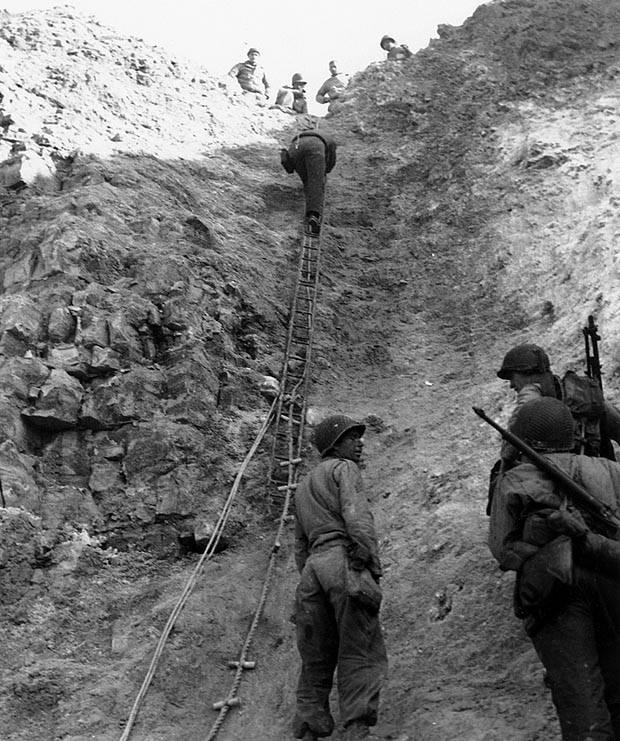 In December 1942, Lieutenant General Ben Lear sent out 600 Ranger school quotas to his division commanders. He was requesting the most intelligent and physically fit infantry and artillery lieutenants, corporals, and sergeants to be sent to Camp Forrest in Tullahoma Tennessee for special training as Army Rangers.

Because the United States was overwhelmingly unprepared for war when the Japanese bombed Pearl Harbor on December 7, 1941, LTG Lear agreed with the founder of the OSS, William J. Donovan who saw the need to “’rekindle the spirit of the attack,’ which meant resurrecting American historical traditions of fighting such as scouts, raiders, and rangers.”

Hence the Army Rangers were assembled.

The Army Rangers spent time at three different camps in the United States before deporting to the United Kingdom before D-Day: Camp Forrest in Tennessee, Fort Pierce in Florida, and Fort Meade in Maryland.

Army Ranger training consisted of building physical toughness and mental agility to deal with whatever obstacle a soldier faced in combat. They were trained in everything from Marine hand to hand combat training methodology, to aquatic training, to most importantly, rock climbing and cliff scaling. They received tactical training on the cheap by constructing makeshift German Villages, which were realistically armed with mines, booby traps, and explosive devices. Needless to say, injuries were not uncommon at the Ranger School.

In the truest sense, Army Rangers were trained and expected to be and continue to become “The Best of the Best” among their peers. When one considers what they accomplished during on June 6, 1944, it’s clear that they became that and more.

Interested in learning more about the United States Army Rangers of the 2nd Battalion? Here are some resources we found extra informative in our research: