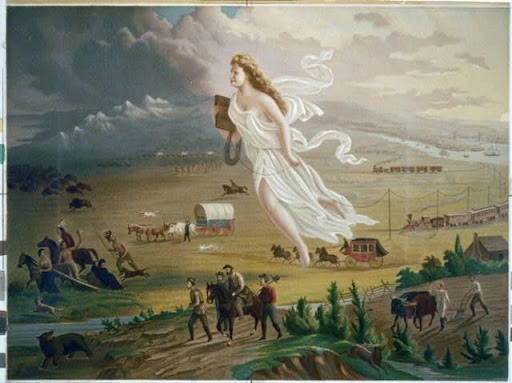 “American Progress,” painting by George A. Crofutt, c.1873, depicting the concept of Manifest Destiny as an allegorical female figure of America leads pioneers westward. Courtesy of Library of Congress.

The war between the North and the South left a lasting impact on the West. Nineteenth-century western migration was well underway by the time fighting and secession threatened to split the nation. The rapid territorial expansion of the United States exacerbated rising tensions over slavery as political arguments exploded over the status of whether new states would be free or slave-holding territories. The resulting outbreak of the American Civil War in turn sparked policies and opportunities that fueled even greater western emigration, transforming the nation in unexpected ways. 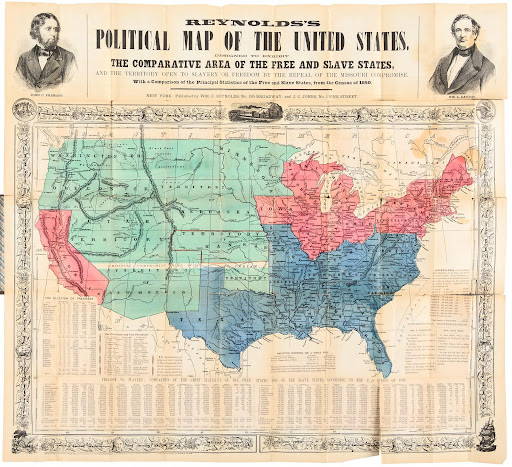 The first half of the nineteenth century brought unprecedented waves of immigration and a population explosion that more than quadrupled the U.S. population. Thomas Jefferson’s Louisiana Purchase of 1803 nearly doubled the geographic size of the United States and offered hope for new land and new opportunities for those struggling in the overcrowded urban centers of the East. The acquisition of Oregon Territory and the Treaty of Hidalgo added even more land to the western frontier than the Louisiana Purchase had added, ensuring that the promise of independence and upward mobility extended all the way across the continent.

After the Civil War erupted, focus shifted back to the eastern states but the policies and circumstances of the war intensified western expansion even further. For example, railroads that were constructed and completed to transport military supplies to soldiers during the war ended up expanding the domestic market, increasing the development of the western economy, and providing crucial access to the West once the war had ended. And Lincoln’s Homestead Act of 1862, which offered nearly-free large public land grants to citizens who had never fought against the Union, resulted in 4 million homestead claims and 270 million acres settled. President John F. Kennedy later called it the “single greatest stimulus to national development ever enacted.”

The fractured nation sought unity and opportunity in the philosophy of Manifest Destiny, a widespread belief that the United States was destined by God to extend its dominion across the entire continent. The idealism of the philosophy masked the difficulties of western emigration and ignored the forced dislocation of Native Americans and other non-European residents from their lands. Although unity was elusive and tensions and divisions remained long after the war, the sweeping westward expansion offered unprecedented opportunities for many settlers and transformed the landscape of the nation. 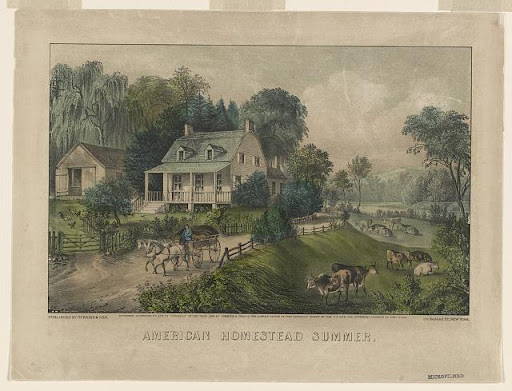 A popular Currier & Ives lithograph, “American Homestead Summer,” from 1868, illustrating the idealized view of opportunity and freedom that Americans sought in the western territories. Courtesy of Library of Congress.

Lincoln’s War: The Civil War, fought from 1861-1865 during the presidency of Abraham Lincoln.