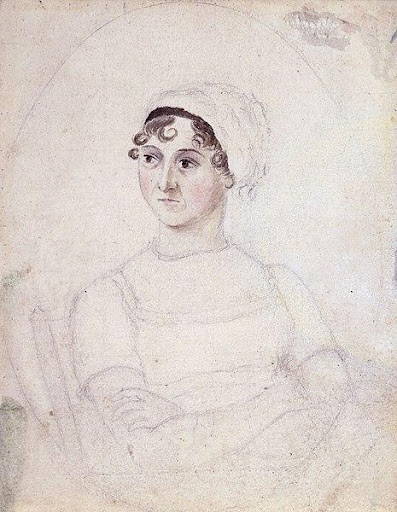 Born 16 December 1775 in Hampshire England, Jane Austen is a world-famous author, known for her completed six novels. These novels center around the lives of the landed gentry and comment on the quests females pursue to gain favorable reputations in society in order to gain advantageous marriages and secure their safety and security. Her novels are a bit satirical and witty and contain her commentary and views on society.

During her lifetime, Jane Austen, did not receive much fame as she published anonymously. Though her books did receive some acclaim, her fame rose over time. Her first published novel was Sense and Sensibility (1811), a story of Elinor and Marianne Dashwood as they come of age and maneuver society after the death of their father, when they are removed from the only home and lifestyle they have ever known. Then two years later Jane publishes Pride and Prejudice (1813), which follows the protagonist Elizabeth Bennett as she learns of the consequences of judging too quickly and looking beyond the superficial. Austen’s third published novel was Mansfield Park (1814), about Fanny Price. Coming from a modest and overburdened home, Fanny is sent to live with her wealthy aunt and uncle. The novel is about her coming of age. This novel explores topics such as religion and slavery that Jane had not touched on in her previous works. Her fourth novel to be published was Emma (1816), which is the story of a young, rich, beautiful, spoiled, and prideful heroine who learns to curb her hubris through social and romantic misunderstandings.

These four novels were published during Austen’s lifetime, but there are two that were published posthumously. Northanger Abbey (1818) is a satire on gothic novels and follows young and naïve Catherine Morland on her visit to Northanger Abbey. The last if Austen’s completed novels to be published was Persuasion (1818). Persuasion is the story of Anne Elliot, who at 27, is Austen’s oldest and most mature heroine. It is the story of Anne, who after being persuaded to break an engagement at age 20, is then given a second chance seven years later with the same man.

Austen passed away 18 July 1817 of a long-fought illness, later thought to have been Addison’s disease or Hodgkin’s lymphoma. She died much too young at the age of 41. She never married, but maintained a very close relationship with her sister Cassandra. It is through her letters with Cassandra that we know what we do of her life.

To this day, Jane Austen is a household literary name. Her novels have been made into movies, theatrical plays, inspired many literary essays, and have been republished the years over, never going out of print. It’s safe to say that “The Lady” has made a very huge impact on the world. 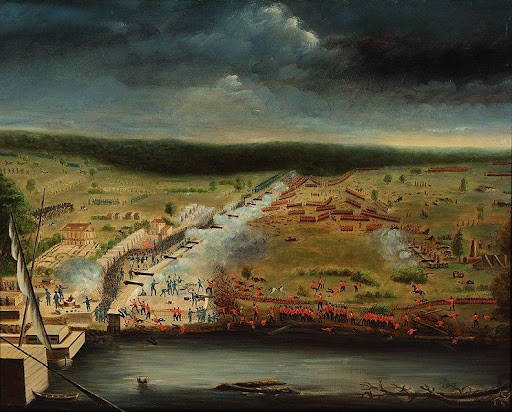 During the Napoleonic wars, Britain’s war with France, there were many trade restrictions placed on the United States. The U.S. tried to stay neutral in their commercial trade efforts, but neither foreign nation could accept this and tensions built and started to punish US ships that tried to engage in trade. At the same time, there was an emergence of pro-French politicians emerging in U.S. politics, and there were claims that the British were riling up discontent among the Native Americans. In addition, there were instances of British impressment, whereby they would capture American ships at sea and then force the ships sailors into military or naval service, some of which were U.S. citizens. With all of these mounting tensions, on June 18, 1812, President James Madison signed a declaration of war against Great Britain.

In 1812, the British Government was now engaged in two wars, separated by an ocean. This caused a lack in their resources, supplies, men, and naval presence. They relied heavily on their military and militia presence in British occupied Canada as well as any Native American allies. The Americans were also unprepared, thinking that militias would quickly take control of lower Canada, then quickly end the conflict through negotiations. But there was little incentive for militia engagement; it paid poorly, and the men were trained poorly. Men did not want to have to leave their home states to fights and many did not support the war efforts.

Despite this inauspicious beginning, the war of 1812, was fought for almost three more years. Battles were fought in Canada, Coastal Maine, The Chesapeake, The Old Northwest (Ohio, Illinois, Indiana, Michigan, and Wisconsin) and the Old South (Alabama, Louisiana, Georgia, and Mississippi).

The Battle of New Orleans: The final battle fought in the War of 1812

Simpleton: a foolish or gullible person

Brevet Lieutenant-Colonel James Malcolm: Scottish officer of the British Royal Marines. Served in the American Revolutionary War, the Napoleonic Wars, and in the War of 1812.