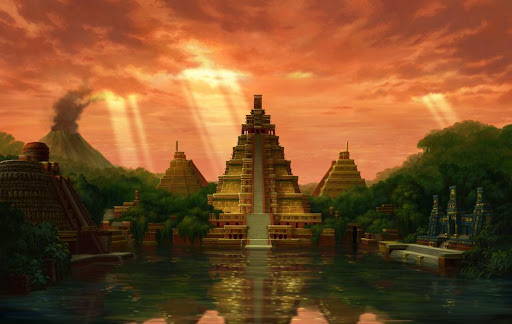 Artistic rendition of the lost city of El Dorado. HistoryCollection.com

Legends of lost cities filled with great wealth have lured generations since ancient times to seek elusive land like Cibola, El Dorado, and Shangri-La. Long before present-day Utah was known as Utah or even Deseret, it was the fabled Land of Teguayo, one of the Seven Lost Cities of Cibola. As Spanish explorers sought the civilization of Teguayo, its mythical presence grew larger than life and helped shape the fate of the American southwest.

Native mythology in Mexico and Central America often taught that their ancestors had originated from the seven caves near Lake Copala, a great saltwater lake in Teguayo. Early Spanish conquistadors in the 1500s and 1600s heard tales of this legendary land that lay beyond the mountains north of Mexico, rumored to be rich in silver and populated by an advanced civilization of bearded men.

For centuries, its location in the territory of the Ute tribe kept early European explorers from venturing far enough north to find Teguayo. Then, in the 1760s, New Mexico’s governor Vélez Cachupín made a tenuous peace with the Utes. He obtained permission to send a band of explorers into Ute territory to search for silver, with a hidden motive to also obtain military intelligence about the whether the bearded Native people posed any threat to European settlement. The resulting two expeditions were led by Juan Maria Antonio de Rivera in 1765.

As Rivera and his men followed the path that forged the Old Spanish Trail, they named rivers and plateaus and developed friendships with Ute and Paiute tribes. They did not find rich silver deposits or Teguayo, but they made it as far north as present-day Delta before being forced to turn back by the weather and Camanche raiders. Rivera’s odyssey failed and he quickly slipped into obscurity, but he opened the way for others to continue his quest.

Spanish explorers finally reached the land of Teguayo eleven years later, the same year that colonists on the eastern side of the continent were declaring independence and waging a Revolutionary War. Carrying Rivera’s journal and maps with them, Father Vélez de Escalante and Father Domínguez led an expedition that reached Utah Lake in the Wasatch Front in 1776. There, they recorded the presence of heavily-bearded Native Americans – members of the Phavant Ute tribe – whom they determined to be friendly. While they never located a city laden with silver, they paved the way for European settlement of the southwest and precipitated the gold rush and silver booms of the 19th century. 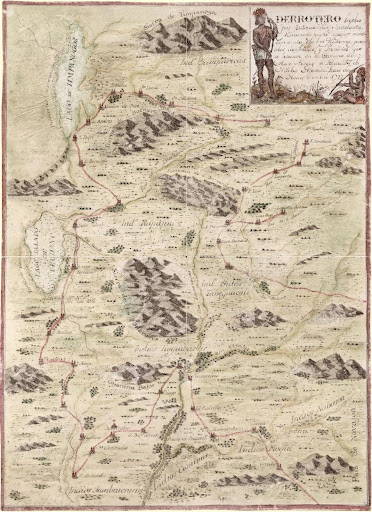 Map created by Bernardo Miera during the Escalante-Dominguez expedition in 1776, including the “Lago Salado de Teguayo,” translated as the “Salt Lake of Teguayo.” Courtesy of the Library of Congress. 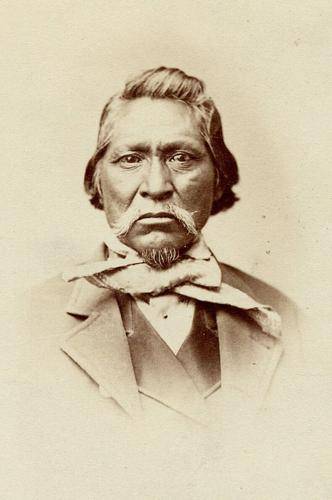 Chief Kanosh of the Pahvant band of Utes, 1870. Courtesy of Brigham Young University.

Sparkin’: a 19th century slang word for courting or wooing a beau

Spring City: a city in Sanpete County, Utah, established by Latter-day Saint pioneers in 1852. The town was burned by Native Americans two years later, and tensions continued until 1867 when peace was established. The town reached its peak population of about 1200 in 1890, including a large number of Danish immigrants who contributed to the unique craftsmanship of the town. The national historic district of Spring City is listed on the National Register of Historic Places because of its well-preserved Victorian architecture and historic value.