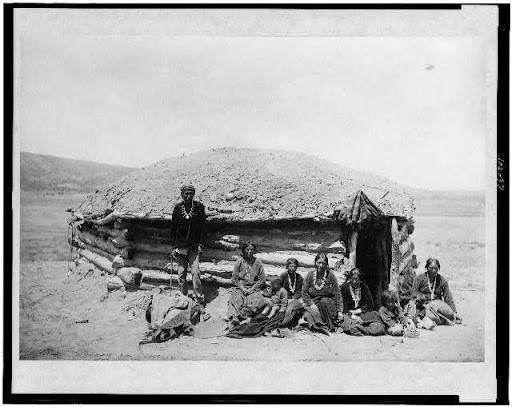 The Navajo, or Diné, people derive their name from the phrase “Teva Navahu,” meaning “highly-cultivated lands.” The Navajo people began as a nomadic tribe in the 1400s, and have historically been hunters and gatherers. Navajo culture, or the Navajo Way, includes a belief that all living things have a purpose and spirit and need to maintain balance and harmony in the world.

As American settlers spread across the western frontier, it sparked more than 200 years of conflicts between European settlers and the indigenous people who fought to maintain their native land and way of life. These raids and battles, known collectively as the “Indian Wars,” intensified in the 19th century as western expansion bourgeoned and the United States government systematically expelled Native people from their lands and relocated them to reservations.

As part of this conflict, the United Stated army burned Navajo crops and hogans and destroyed water sources and livestock in a “scorched earth campaign” in 1864. They forced more than 10,000 Navajo people to march 300-400 miles in harsh winter conditions in a journey known as the “Long Walk” to an desolate internment camp at Fort Sumner in New Mexico. This relocation attempt was such a failure that the Navajo people ultimately negotiated a treaty acknowledging their sovereignty in 1868 and were one of the few tribes allowed to return to a reservation created on their traditional homelands.

Just a few years later, in 1877, Lieutenant Henry Wright of the 9th Cavalry, enlisted a group of Navajo scouts to help the U.S. Army fight Apache braves led by Chief Victorio. Victorio, the “Lone Wolf,” is considered one of the best guerrilla warfare leaders of the Apache Wars. He led the Apache warriors in a series of over two dozen battles, ambushes, and raids against the U.S. Army and citizens until he was killed in the 1880 Battle of Tres Castillos.

A resilient people, the Navajo later continued this legacy of helping the United States military when the Navajo Code Talkers in World War II helped develop secret codes using the unique and highly-complicated Navajo language. Today the Navajo Nation extends for more than 27,000 square miles within the states of Utah, Arizona, and New Mexico, and Navajo Territory, or Diné Bikéyah, is the largest Native American reservation in the United States. 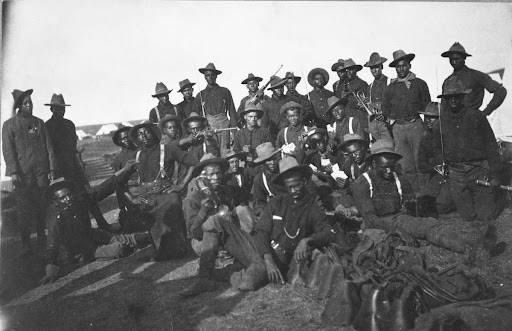 The 9th Cavalry, dubbed the “Buffalo Soldiers” by the Native Americans they encountered in the Indian Wars of the 19th century. Courtesy of History.com

9th Cavalry: one of the original segregated African American regiments of the United States Army; part of the “Buffalo Soldiers” who were organized after the Civil War and participated in frontier campaigns against the Native tribes in the southwestern United States.

Askuwheteau: the name means “he keeps watch” in Algonquin.

Hogan: traditional Navajo homes that are the center of their way of life. Extended family units live in clusters of hogans and are organized in a matriarchal society. “Forked stick” or “male” hogans resemble pyramids and are only for ceremonial use, while the more common “female” hogans are larger and circular-shaped dwellings that symbolize the sun. Hogans are constructed of logs or stone and mud, with a doorway facing east to highlight the rising sun, and a smoke hole in the center of the roof. Hogans are considered sacred space.

Hog-tie: a method of binding the arms and legs together of an animal or person to immobilize them.

Lee’s Ferry: a site in northern Arizona on the Colorado River that served as an important river crossing, military outpost, and ferry in the mid-19th century; it has been called “both the physical and spiritual heart of water history in the arid West.”

Mountain Meadow Massacre: the tragic massacre of 120 emigrants travelling in the Baker-Fancher wagon train through southern Utah on their way to California. The atrocity was planned and committed by local Latter-day Saint militiamen in 1857 as tensions mounted on the cusp of the Utah War. Leader John D. Lee was excommunicated by the Latter-day Saint church and convicted and executed for his crimes.

Equivocator: a person who uses ambiguous or noncommittal language to mislead, distort, or conceal the truth. 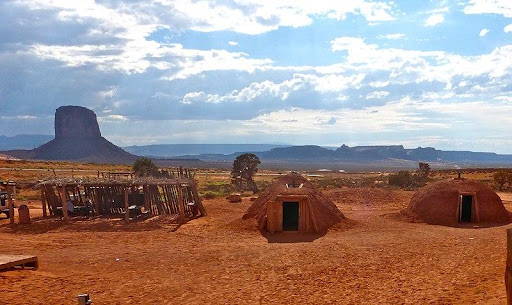