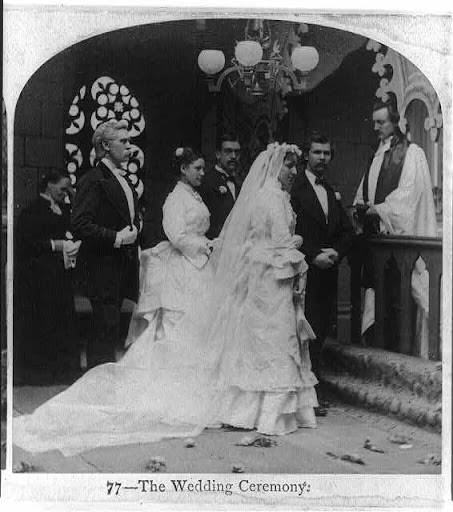 Photo courtesy of the Library of Congress

Do you believe in love at first sight? What about love without even seeing each other first?

Matrimonial advertisements were the nineteenth century version of Tinder. Just as online dating today helps connect singles whose paths might not otherwise cross, newspapers became an increasingly popular form of matchmaking for would-be suitors in the mid- to late- 1800s. After exchanging letters, often across long distances, many couples agreed to marriage before ever even laying eyes on each other.

What would compel them to marry someone they hadn’t even met? A pragmatic or transactional approach to marriage was certainly more common back then, with economic factors often weighing more heavily than romantic feelings in negotiating marital options. Plus, as the population expanded westward, meeting that special someone often became more difficult. In the wake of the Civil War, the California gold rush, and western migration, many men headed West to seek their fortunes. This created a significant gender imbalance throughout the western frontier, where women were scarce (1). Western men seeking wives, and Eastern women seeking economic stability or adventure, increasingly resorted to this nontraditional form of courtship.

Although sometimes known in modern popular culture as “mail order brides” or “picture brides,” those terms incorrectly imply that men were purchasing wives based on appearance. But this sensationalized caricature does not reflect the more typical and complex experience of “correspondence courtship” in nineteenth-century America.

Both men and women throughout the nation placed brief personal ads describing their appearance, interests, attributes, fortunes (or lack thereof), and desire for marriage with a suitable partner. Like today, these profiles ranged from stark honesty to exaggerated self-promotion. Most of those who placed, and replied to, matrimonial advertisements used the newspapers to foster an initial introduction in the absence of a mutual acquaintance or opportunity to meet. Like Miss Lily Clara and Mr. Gambit, the two suitors would then write letters back and forth to determine compatibility. If Cupid’s arrow reached its mark, a formal written proposal and acceptance often followed even before they met face-to-face, and travel fares and other expenses might then be exchanged if needed, but either party had the option to change their mind after meeting and go their separate ways.

Despite widespread popularity, the practice of advertising for a spouse was sometimes seen as disreputable and scandalous in more traditional circles. Newspapers often warned of risks, dangerous situations, and “Catfishing” scams to fraudulently gain money through a fictional persona (2). But many nineteenth-century couples decided it was worth the risk and successfully obtained their “happily ever after” through the pages of the press.

2. In the 1880s, Salt Lake newspapers cautioned that such “clandestine correspondence” was “one of the latest and worst enemies of maiden simplicity,” and warned against “the Matrimonial News” because “Nothing but evil can come from them.” “Matrimonial Advertisements,” Salt Lake Democrat, May 29, 1886; “Obscene Literature,” Salt Lake Herald-Republican, February 12, 1880.

Potato Famine of 1846: The Great Famine, or Great Hunger, was a period of mass starvation and disease in Ireland between around 1845-1850. It was triggered primarily by a potato blight and led to an estimated 1 million deaths and the emigration of at least another 1 million Irish who fled the country.

Manifest Destiny: A phrase coined in 1845 to express the popular philosophy that the westward expansion of the United States across the continent was both inevitable and destined by God.