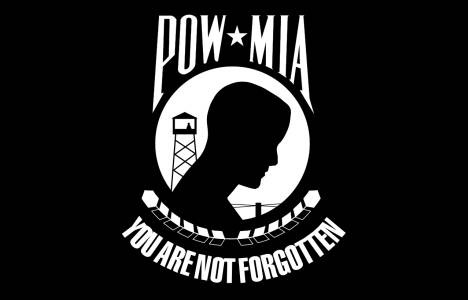 Photo credit: The National League of Families of American Prisoners and Missing in Southeast Asia

If you have ever met anyone that has served in the US military, you know that the military can sometimes seem to have its own language. Just like any other organization, the military has terminology that does not always easily translate to the average civilian. Charlie and Audrey Rose are both very involved in the military, so you’ll notice their letters will use some of this terminology. Take a look at the acronyms Audrey Rose uses in her letter to Charlie and what they mean from a military perspective:

This has been used for a while - the reference in the letter has to do with World War I. The reference link below covers the history of prisoners of the war in Germany.

More than 75,000 American Soldiers were reporting M.I.A. during World War II. Often the status would be unchanged for years until remains were discovered and identified. The familiar military ID tags hold somewhat of a morbid origin in that they were used to identify the unidentifiable remains of soldiers.

The O.S.S. was a wartime intelligence agency during World War II and the predecessor to the Central Intelligence Agency (C.I.A.)

Also referred to 'Mess Duty' in relation to cleaning up the mess left over from the meal.

Used by military as an abbreviation. Often arriving personnel would 'put in a T/R' when arriving on a military installation or base.