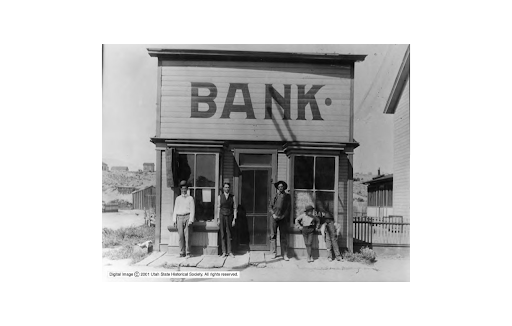 The town of Frisco lived up to its reputation as one of the wildest towns in the Wild West. At the height of its population boom, it was home to about 6,000 people along with a disproportionate number of saloons, brothels, gambling dens, and murders. This boomtown has been described as “Dodge City, Tombstone, Sodom, and Gomorrah all rolled into one.”

When the lawlessness reached unsustainable levels, the residents sought the help of a notorious lawman. In 1880, the town hired a tough-as-nails marshal named William Pearson from Nevada, who had developed an impressive reputation for his work in Silver Reef and Pioche. Like Wyatt Earp, who was appointed deputy sheriff in Tombstone that same year, Sheriff Pearson brought law and order to the town with his own style of lawlessness. Rather than relying on arrests, judges, juries, or jail sentences, Pearson made it clear to outlaws and troublemakers that they had one choice: “get out or get shot.” He reportedly explained that “dead men give no trouble.” On his first night in Frisco, Sheriff Pearson killed six lawbreakers who refused to leave. He left such a wake that the town had to hire an undertaker wagon to gather the bodies each morning to bury them in the unmarked southeast section of the Frisco cemetery. This sanctioned vigilantism was extreme but effective. Sheriff Pearson’s methods brought some degree of order to the raucous mining town. 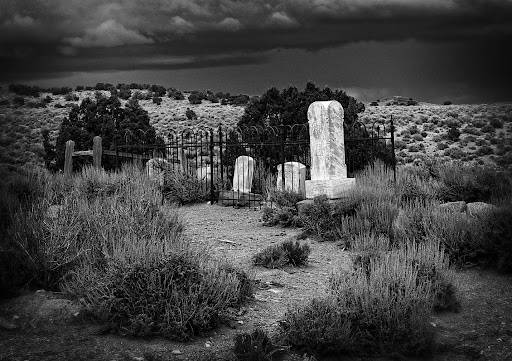 Frisco Cemetery, with an unmarked section where outlaws were buried. Courtesy of Flickr.

Mormon tea: Also called “Brigham tea,” this beverage is named after the Latter-day Saint pioneers who settled in Utah and whose distinctive code of health required abstaining from coffee and traditional tea. This herbal tea was made from the stems of the ephedra nevedensis plant, a small shrub known for its medicinal properties.

Back shelf bustle: This bustle style reached its fashion peak in the mid-1880s. Fabric in the back of gowns was gathered into exaggerated bustles extending almost straight out from the back waist, and heavily-frilled bodices draped up at both sides were worn over a matching underskirt.

Josephine curls: Fringe or bangs that women wore curled or frizzed over the forehead; fashionable throughout the 1880s.

The morbs: A phrase indicating a temporary feeling of melancholy or sadness.

Bricky: brave or fearless by nature; bold and plucky. 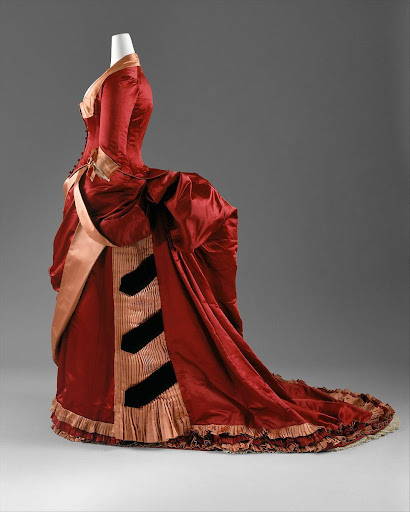