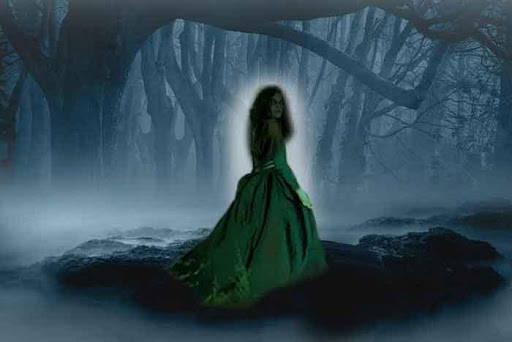 Image of La Llorona, from ImagineSpirit.com.

Legends of ghostly maidens in white appear in almost every culture throughout the world. From the kaperosa “White Ladies” in the Philippines to the Brazilian Dama Branca, or from the “Witte Wieven” of the Netherlands to Japanese yurei, these folk stories of haunting women shrouded in white gowns are tales of tragedy, heartbreak, mourning, and unrequited love. They also often reflect universal motifs of cultural identity, rigid class systems, betrayal, injustice, and deeply-entrenched misogyny.

Countless versions of local ghost stories feature a spectral woman in white, often as harbingers of misfortune or doomed to wander for eternity. The Aztec goddess Ciuacoat, a wailing apparition dressed in white, was recorded as early as the 16th century as an evil omen. The wailing “banshee” of Irish folklore is said to appear, draped in white, to foretell the death of a family member. Maltese legend records many sightings of the “White Lady of Mdina,” who was killed by her love after being forced to marry another man. Still dressed in her wedding gown, she appears to the broken-hearted to beckon them to join her “shadow” followers. According to German legend, a maiden named Lorelei threw herself into the Rhine River in despair over a faithless lover. Transformed into a siren, she is still said to lure seafarers to their deaths on the rocky shores. And the widespread Mexican legend of La Llorona, or “Weeping Woman,” tells of a wailing spirit in a flowing white gown who roams rivers and lakes searching for her children. Many versions claim she suffers eternal mourning as punishment for drowning her own children in a fit of madness and rage over her lover’s betrayal, before wasting away with grief and remorse. Like the Y Ladi Wen (“White Lady”) from Welsh mythology, these ghostly apparitions are often invoked to warn children, and adults, about bad behavior. 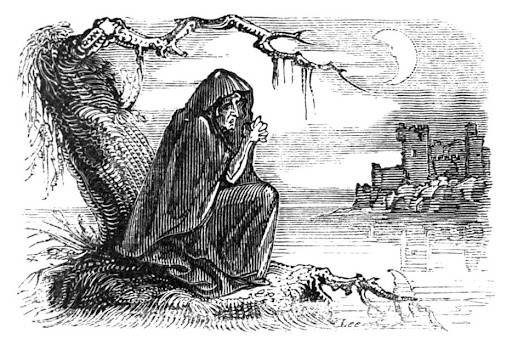 The Bunworth Banshee, from Thomas Crofton Croker, Fairy Legends and Traditions of the South of Ireland, 1825.

Not surprisingly, Utah has its own versions of this archetypal legend. Among the ghost towns of Carbon County’s Spring Canyon, a ghostly maiden roams. Known as the White Widow, some claim that she is the widow of a miner killed in a mining accident nearly a hundred years ago. The loss of her husband, which left her penniless and distraught, was reportedly compounded by the subsequent kidnapping and drowning of her baby girl. Other versions describe her as the widow of a Latuda Mine worker who died outside the mine, leaving her destitute and with no compensation from the mining office. Driven to madness and, by some accounts, suicidal desperation, she first drowned her baby to spare it from starvation. Eyewitnesses claim her spirit continues to wander the canyon wash, searching for her lost child in the riverbeds. Her ghostly figure, clad in white, has also been sighted near the entrance to the Latuda mines, beckoning miners to their doom. Whatever the local origins and variations of all these legends, the ubiquitous presence of iconic ghostly women in white continues to haunt our collective consciousness and send shivers down our spines. 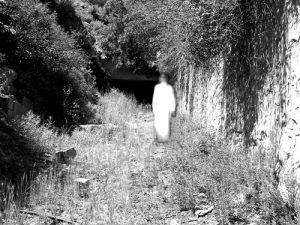 A ghostly image superimposed over a photograph of the Latuda Mine entrance in Carbon County, Utah.