Wedding dresses made out of parachutes? It may sound like a strange thing, but in a world at war and almost unanimously under severe ration restrictions, young brides learned to make do with what they had. And what they had turned out to be plenty of parachute silk. 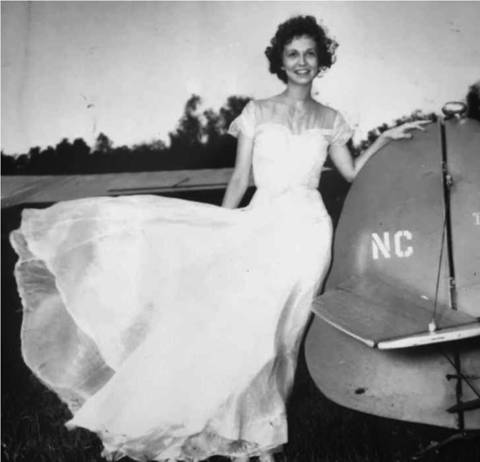 While silk and many other textiles were extremely scarce and expensive during the war—silk and nylon ironically, because they were needed in large part to help create parachutes—it proved very hard to find enough traditional bridal gown material to sew a traditional wedding gown. However, many of the chutes used by paratroopers during the war were sometimes deemed unfit once they’d been used in duty, and then spent too much time in salt water or damaged beyond repair in some way. When this happened, soldiers would send the fabric home to their mothers, sisters, girlfriends, and fiancés.

One soldier even decided to forego the engagement ring, and instead used the parachutes as a way to tempt their lady loves into matrimony.

This particularly unique WWII dress trend began early in the states. And it didn’t just happen there. Brides as far away as Germany followed suit, wearing the chute as a token of defiance or victory. Newspapers were running articles as early as 1943 of gritty, patriotic, and dedicated fiancés transforming parachutes into beautiful, long trained, puff-sleeved bridal gowns. After all, one of the benefits of the parachute dress, was that a bride could make her dress as fancy and frilly as she pleased, without having to worry about using up precious ration stamps for fabric.

One of our favorite parachute wedding dress stories tells of a soldier groom, who proposed to his gal with the very chute that saved his life. We can’t help but think the day must’ve felt all the more special seeing his lady love clothed in the very item that made it possible for him to keep his wedding date with her. 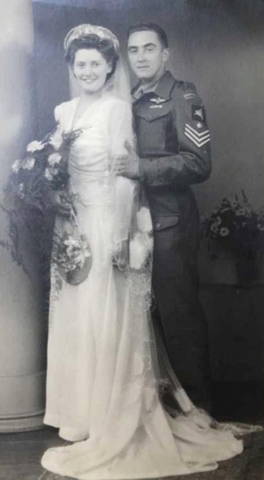 Here’s a great YouTube video posted by columbusmuseum of a couple sharing their own parachute wedding dress story. It’s pretty much adorable.

And just for fun, here are a few pictures of what we imagine Audrey Rose’s borrowed parachute dress might’ve looked like.

We didn’t know about the sixpence part, but this video posted on theknot.com does a great job of explaining the meaning behind the tradition a bit more. 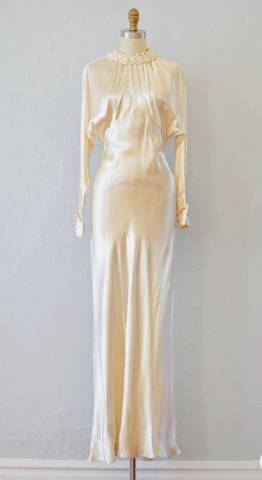 Niagara Falls as THE Honeymoon Destination

One can’t think “Niagra Falls” without also thinking “Honeymoon.” Well, at least those of us born pre-1985 at lease (or who’ve seen the U.S. version of the Office where Jim and Pam finally tie the knot.)

But Niagara Falls has a pretty long history of being the “Honeymoon Capitol of the World.” As a matter of fact, Jérôme Bonaparte, the brother of Napoleon spent his honeymoon with his new bride at Niagara Falls in 1804, more than two centuries ago. The tradition actually started two years earlier, however when the daughter of Vice President Aron Burr spent her honeymoon there.

While not nearly as popular among young couples today, choosing Niagara Falls as a honeymoon destination was largely so for their grandparents and great grandparent’s generation. One of the most appealing aspects of Niagara Falls as for newlyweds of the 1940’s, was that it was inexpensive, easy to get to by train, and, even with the whole world at war, still considered one of the most romantic places to visit. With so many soldiers stationed on the East Coast, and then shipping out of New York, it made the most sense as a quick honeymoon getaway before lovers bid each other farewell, for perhaps the last time.